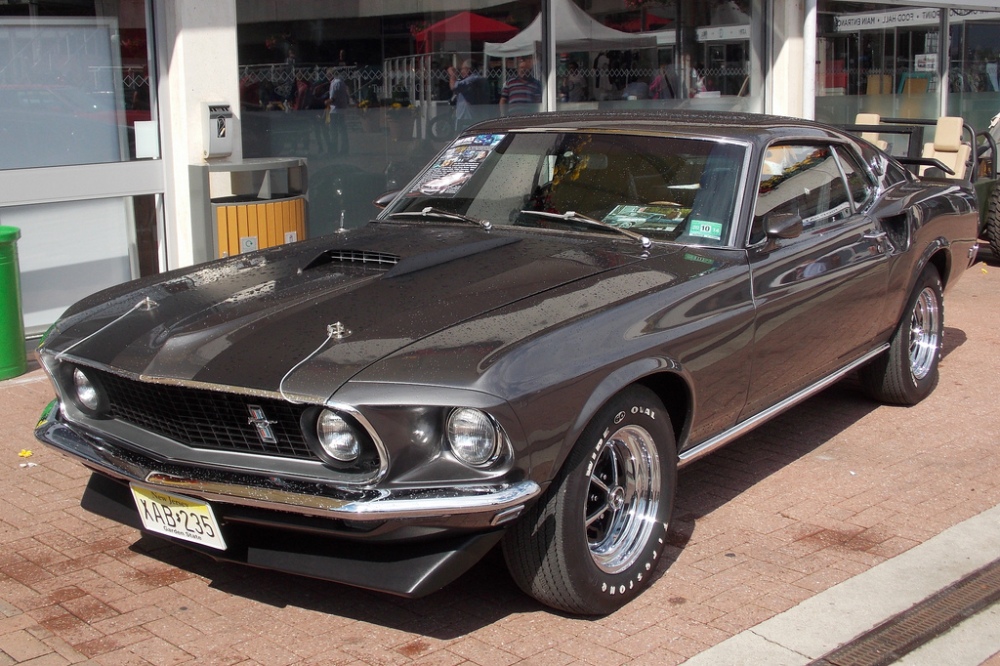 Was John Wick’s 1969 429 Mustang actually a 1969 429 Mustang? This always bothered me; because I contend that it was not. In truth, I believe it was simply styled after an unbadged 69 Mach 1 Mustang with other goodies tossed in. That said, I contend that the 69 Mach 1 Mustang is the best looking mustang ever built; more so with all the options tossed in, i.e. chin spoiler, hood pins, rear window louvers, and deck lid spoiler.  But that is of course, subjective.

So let’s break it down:

John Wick’s car had a chin spoiler and rear spoiler. Did the 69 429 come with them? No. But John Wick’s car has them.  Now this in itself does not bother me since many owners put them on LATER, and I think they make the car look a lot better. So, nope, not what does it for me. Plausible.

John Wick’s car has hood pins on it…. which again, the 429 did not have. But again, often added LATER, and it would have still been a 429.

His car had the wrong steering wheel… ok… again… plausible since those also were sometimes changed by owners.

The interior is also wrong, and more akin to that of the higher end interiors of the Mack 1. Iffy…. plausible, but iffy. Most owners didn’t redo their entire interiors when making modifications, but it would not be out of the realm of possibilities. So slim, but plausible.

What did it for me was the hood. No one who owned a 429 would have replaced the hood to that of a Mack 1 and other “lesser” models (though lesser is “ehhh” maybe, maybe not). The 429 comes with a MUCH bigger hood scoop. And that feature, both visual and functional, would have stayed the same for obvious reasons.

So.. nope, not a 69 429 at all…. much like John Wick himself.  Still a great looking car though, and quite entertaining movies.  Cheers!

(Photo shown is a stock movie photo of Wick’s car.)